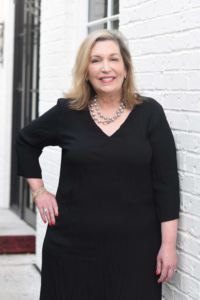 Ms. Bleecker was born in Charleston, South Carolina. An honor graduate of Ashley Hall School in Charleston, she holds a Bachelor’s Degree from Smith College and a Master’s Degree in Public Administration from the University of Texas at Austin where she received a Merit Fellowship.

Attorney Anne Frances Bleecker holds a law degree from the University of South Carolina where she was a member of the ABA Moot Court Team, the Student Works Editor of the South Carolina Law Review, and a Legal Writing Instructor.  In her third year of law school, Anne Frances was honored to receive the I.M. Goldberg Scholarship from the South Carolina Bar Foundation and the American Jurisprudence Award for Excellence in Administrative Law.

After law school, Anne Frances worked as an Associate with Nelson, Mullins, Riley, and Scarborough in Columbia and Charleston.   She opened Bleecker Family Law, in Charleston in 1997.

In 2000, Anne Frances received The Compleat Lawyer Award, a medal given by the University of South Carolina Law School to Alumni in recognition of civic and professional accomplishments.

Anne Frances remains active in serving her profession and her community.

Have A Legal Question?

Don’t hesitate to reach out…We are here to help.